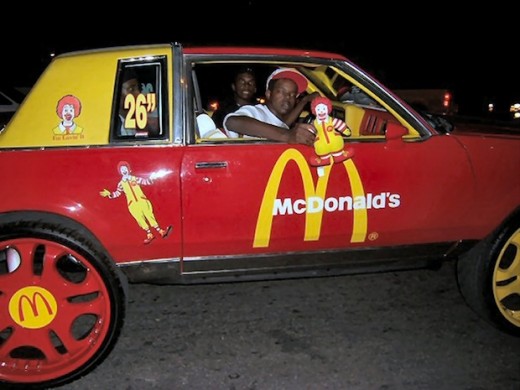 I am 18 years old and I work at a McDonald’s franchise. I started in summer 2019. Our store is relatively small. During a single shift there will be around ten people; overall there might be around 90 people, which means that many of them are part-time.

When the first lockdown started, people were no longer allowed to sit inside to eat in. The area where the store is located became a high risk area. They then offered only delivery and takeaway orders. Some new rules were introduced, like wiping counters more regularly, wearing masks in-store and glass shields between different parts of the kitchen. But the managers themselves were running back-and-forth between different sections and there was a shortage of masks at first. Even now, managers do not really care about safety. A manager told me that if I am too worried I should stay home. There was no real collective resistance about all this. The financial situation of my family is pretty bad, so I couldn’t afford to stay home. At the same time I didn’t want to go to work, as my parents are vulnerable. So I initially took holiday days because we didn’t have much information about whether we would get paid at all after McDonald’s closed. So now I don’t have any holidays left.

Then they said that the company is making losses by staying open, so they put us on furlough till the end of June 2020. A lot of workers, some of them are university students, didn’t come back after the end of the first lockdown. At the same time, you saw people who were full-time construction workers and part-time McDonald’s workers taking on full-time roles here because their sites had been closed. In general there was no shortage of labour at all, even if a few people were off sick.

People discussed that the government is crap when it came to the pandemic, but none of the discussions were serious enough about it. People think that nothing can be done, so they don’t even want to talk about it. This is a big issue that plagues us, without any valid representation or organisation, the average worker is bound to feel powerless and insignificant.

When it comes to unionising, I am a part of the McStrike campaign, but not an official union member yet. I heard about the campaign when they had a short strike in six stores and they made it into the media. I also took part in the BAME group of the campaign. There are around 40 workers who somehow organise within the McStrike campaign in London, who are on group chats. There are more pub workers than fast food workers who are taking part, especially in south London. They are working in a dozen pubs or so. None of my co-workers in my own store is a union member or in contact with the McStrike campaign though. Some only work for a day a week, others have to pay back student loans and don’t want to spend money on dues, others are scared. My franchise used to have members from the McStrike campaign, but due to the high turnover, many of them left again. This is the main issue with the fast food industry, no one wants to stay.

Wages are bad, I have been there for more than a year on £6.25 an hour. Now I get paid £7.25 now that I am 18. It is possible to get small raises if you get a shift manager position or something, but the stress and responsibility that come with are absolutely not worth it. You cannot bargain individually either, we need a collective force if we want actual effects. The hours are unpredictable, too. There is an option to get a fixed hours contract, but most people are on zero confirmed hours.

During lockdown, our campaign was impacted severely. We only had Zoom meetings. We couldn’t visit other McDonald’s stores. Although the union campaign has existed for a few years now, it still relies on paid union organisers. It would be better to have teams of workers who visit other workers in their area. Workers organise the Zoom meetings, but not the real life campaign yet. Organisers organised a protest once in front of my store, but that was six months before I started working there. People who were organising in the store at the time are now gone. That’s the painful part. You would also have to reach out to grocery store workers, because if fast food goes on strike, people will just go to the next convenience store. But the unions don’t cooperate either.These are some the problems we will face when we are trying to use trade unions alone as organs of class struggle. You spend your whole life fighting for economic causes alone while being restricted to a single industry. You need something that organises workers overall. This is a massive problem as well, in Britain, I have heard many unions have gone class collaborationist and trade union memberships have gone steadily down.

At the moment, fighting to improve the positions of trade unions does still seem like the most effective way to organise workers, despite the difficulties. The great thing about the McStrike campaign is that it is not merely an economic struggle either. Our core demands are improving the minimum wage to £15/hr across the industry, union recognition and an end to zero-hour contracts. Now this might not seem like a lot, and might sound like pure social democratic concessions, but there is more to it. With union recognition, even if still bound by capital, collective bargaining for working conditions will help workers leave the shell of thought that we are insignificant and weak. It is a very important step to build workers’ power.

We also have good relationships with the delivery riders. We know a lot of them by name. What is amusing and kind of sad is that none of them mentioned the Deliveroo strikes a single time. McDonald’s uses UberEats and JustEat for its customer food deliveries but we see the delivery drivers using multiple devices and other platforms such as Deliveroo and Foodpanda too. Another interesting thing I have observed is that the majority of the delivery drivers are Brazilian and not just in my store but a few other places as well and usually their level of proficiency in English is not that great, leading to language barriers.

Demographics in the fast food sector in London is definitely a huge issue. Fast food workers have been considered key workers and the majority of key workers in London are BAME. You can often see that entire stores are filled with one of these ethnicities and the reason behind it is that BAME workers like me are more likely to be willing to work at a lower wage as well.

On race based conflicts and social upheavals that happened this year, I discussed the BLM protests only with two co-workers and attended a demonstration with one of them. There were meetings within the McStrike campaign about it, Zoom calls with guys in the US. Despite all of us being in the same hole together, there is still a great level of mistrust between these communities. There are black people being racist to asians, there are asians being racist to asians etc.

There is racism at the workplace, and a lot of nepotism. Branches are filled with single nationalities. This happens when managers hire primarily people from their own background. This in itself is not racist, I guess. In my store there are primarily Italians. They are pretty social, they go to each other’s houses and stuff. But they remain a clique. Self-segregation is a big problem. This is one of the biggest aims and achievements of the McStrike campaign. We are trying to organise workers of so many different backgrounds all in the same struggle and together trying to fight reactionary ideals that divide us. Perhaps we have not had a similar display of internationalism in London in a while. It is in the McStrike campaign where it seems entirely realistic and common for a Jamaican to organise with an Anglo and a Pakistani.

When it comes to the situation at my school, people in my class all just started sixth form. There are only very few other students in my class who work part-time, so you can’t talk about the situation at work that much. I haven’t heard anything from the student union yet. The debate club is currently closed due to lockdown. So there has not been much room for discussing the current affairs and raising consciousness either at school.

The time you spend in class has been reduced, students come in at different times.

But before the lockdown there were the climate strikes and many young people participated in the BLM protests. I would say 95% of the people were under 25. With the BLM stuff there was a lot of identity politics, a lot of people just wanted to virtue signal. However it did display revolutionary potential. For the climate strikes, it would be incorrect to say it was overall just middle class kids but it was people of all sorts and, most importantly, a lot of working class people realising their own self interests were at odds with the industrialists and cronies, the ruling class. The phrase “EAT THE RICH” getting popular amongst kids of my generation does indeed indicate polarisation even if there’s not much substance to it.

Teens now view communism as way more favourable than teens 20 years ago did in the UK. However by the time I joined sixth form, the protests had died down. I didn’t see anything happening at school. When the climate strikes were happening, I was at a different school, in East London. No one really joined the strikes from mine. I think that was mainly schools in richer areas, mainly white kids. Perhaps there was also less backlash against them. People in poorer areas didn’t go. They perhaps did not see the prospect of joining a more indirect struggle.

At a stage where the proletariat is dormant and unorganised, it is important for us to go on despite all the difficulties. If the McStrike campaign can get a foothold, maybe perhaps a push for strengthening cross industry labour organisation could be a thing. 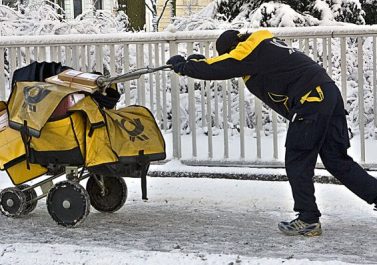 We’ve translated this short report of a postal worker working at Deutsche Post AG and invite you to send us your own reports…. 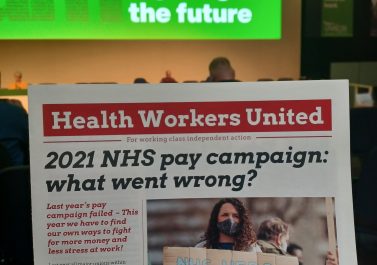 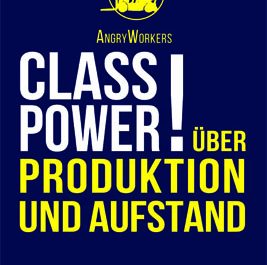