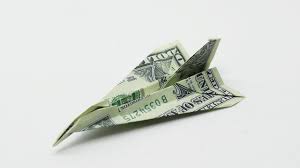 Media outlets have heaped great praise on the Netflix documentary, ‘Downfall: The Case Against Boeing.’ And the ratings haven’t been bad either. Its made it into the Netflix Top 10 most watched list. No mean feat for such a narrowly focused documentary. The film certainly does a great job of sympathetically depicting the anguish of the bereaved relatives of the 364 victims of this disgusting, corporate crime. The commitment of the families to their loved ones, skilfully presented in the Rory Kennedy directed movie, undeniably stirs feelings of anger and dismay at the injustice suffered by so many innocent people.

The documentary examines the decision and events leading to the crashes of two 737-MAX aircraft within five months of each other (Lion Air flight from Jakarta 29th October 2018 and Ethiopian Airlines flight from Addis Ababa 10th March). The 737-MAX, we discover, was developed in a hurry to compete with the more efficient aircraft being produced by Boeing’s rival, Airbus. In the haste, a fundamental design flaw was engineered into the aircraft. Due to the new, more powerful engines being fitted to the decades old 737 body and wings, a system needed to be added to prevent excessive lift to the nose of the aircraft. The Manoeuvring Characteristics Augmentation System (MCAS) was fitted without informing the pilots and with only one point of failure. When the system failed, it sent the planes into a catastrophic nose dive that pilots were powerless to correct.

After the first crash, the company attempted to shift blame onto ‘foreign’ airlines and pilots. With more than a whiff of racism, Boeing implied that a lack of understanding, training and professionalism was to blame. Pilots’ unions requested the planes be grounded, but Boeing reassured everyone that a software fix would patch the problem for now and that they were working on it. Amazingly, they were believed, and Federal Aviation Authority (FAA) did nothing. After the second crash, the aircraft was grounded while an investigation was started, but Boeing CEO Dennis Muilenburg – who looks suspiciously like Goldmember from Austin Powers 3 – continued to deny the problem and blame pilots. The documentary takes us through the consequent inquiry, families’ campaigning and congressional committees. Our indignation reaches a crescendo when the final frames inform us that Goldmember got a $62million handshake when leaving Boeing and the company was simply fined $2.5billion.

For all the excellent detail and forensic examination, when it comes to looking at the overarching picture and making sense of how these tragic events came about, the documentary leads us away from reality to a fantasy land where an “admirable” firm of “incredible stature” and an “outstanding record on safety” is led astray by “cash on Wall Street.” There is comfort in this view. We can weed out bad apples. Rein in excessive forces within the system and seek solace in nostalgia for a past age that heroes can rebuild. From the very beginning, the film is framed in a way that needlessly narrows our perspective and obscures relevant information that would enhance our understanding. A Wall Street Journal journalist informs us that, “Boeing has had such a storied history and such an incredible stature in the industry.” And has been integral in ushering in the “safest period in aviation history.” Time and time again, the loss of this great company’s impeccable record on “safety” is bemoaned.

The fact that Boeing is one of the biggest arms dealers in the world is never mentioned. Boeing regularly makes upwards of $20billion revenue a year in arms sales, maintenance and services. They’ve delivered contracts worth $22billion for Saudi Arabia in the last decade alone. Saudi Arabia is responsible for the bombardment of civilian targets in Yemen. The UAE, that is also implicated in these atrocities, is another recipient of Boeing’s weapons. Israel, whose repeated human rights abuses in Gaza and the West Bank are well documented, are, of course, another of Boeing’s customers. When Joe Biden made campaign promises to stop arms sales to Saudi Arabia, and when his administration made steps in that direction after gaining power, Boeing and Raytheon successfully lobbied lawmakers to change their minds.

Even aside from the most egregious examples of arms sales, Boeing and other arms dealers use their huge resources to influence political systems in a way that make us all unsafe. US arms companies have spent $285million on campaign contributions and $2.5billion on lobbying over the last 20 years. The top 5 companies spent $60million on lobbying in 2020 alone. They don’t part with this money lightly. They expect a return on their investments. It’s not the only thing that increases militarism and war, but we’d be foolish to think that these payments don’t influence politics and make our lives less safe. As Raytheon and Lockheed Martin recently told their investors, Russia’s invasion of Ukraine is good for business. In an earnings call on the 25th January 2022, Raytheon CEO Greg Hayes stated that, “….of course….. tensions in Eastern Europe… tensions in the South China Sea….. I fully expect we’re going to see some benefit from it.” While Boeing’s Chief Financial Officer Brian West didn’t mention Ukraine in a recent earnings call, he did say that, “in defence and space markets we’re seeing stable demand.” They “see strong bipartisan support for national security, including Boeing products and services….. security spending remains a priority given global threats.” These are some seriously dangerous incentives being flaunted in public.

Military aviation is also a major contributor of global greenhouse gas emissions. The world’s militaries are responsible for around 6% of global emissions. With the biggest defence budget, the US is the main contributor to these and military aviation (and Boeing) play a big role in that total. As things stand, a loophole exists in the Paris Climate Change Agreement, that allow countries to exempt military emissions when calculating and reporting their levels of decarbonisation. Commercial aviation is projected to consume up to one-sixth of the temperature budget allocated to keep the planet below 1.5C warming.

Boeing or any other aircraft manufacturer will produce as many planes as there is a market for. They will make planes until the last metals on earth are used up and the air is unbreathable, as long as there are people willing to buy them. Not because they have turned evil but because that is how companies operate in our system. The idea that a corporation could ever look out for our safety, except in the most narrow sense, is outrageous. Yet, this is what is stated and implied throughout the documentary.

Genuine safety and security comes from empowered workers deciding what goes on in their workplaces and communities. Not because we are inherently more noble than CEO’s, but because we have a material interest in maintaining and improving our communities physical and mental health. When we see workers in this documentary, they are seen either impotently standing aghast while an undercover journalist informs them that important components are not being fitted to the aircraft; or they are talking about how powerless they were against management’s disregard for safety. The same workers state that, “it was an excellent company to work for”, and about the sense of pride they had when seen out and about in uniform and people would say, “you work for Boeing, that is wonderful.”

The only collective voice that is discussed is that of the victims. The workers are helpless atoms, grafting away on the production line. Their potential collective power in challenging management’s disregard for safety isn’t considered. The long and hard strikes and disputes that litter Boeing’s history and were responsible for making this a “great company to work for” are ignored. The negligence in omission is even more clear when we consider that legal cases, against unfair dismissal and union busting behaviour at the new South Carolina plant, were in the media around the time of this documentary’s filming. Stretching back to a huge 20-week strike in 1948, workers at Boeing have continually fought to for their pay and conditions. The workers, building B52’s, have never done enough to challenge the company’s complicity in war crimes or environmental degradation, but things like the union’s funding of public housing projects in 1967, show that their power could have evolved into something that could have.

Instead, workers’ collective power has diminished to such a degree, that it barely gets a mention in a documentary about the poor production of an aircraft. Alternatively, Republican congresswoman and senators are held up as the heroes of the hour. The likes of Ted Cruz, a man with all the moral integrity of a wet sock, is put on a pedestal and presented as holding the wayward corporation to account. These are the very people that have pushed for and enabled the ‘financialisation’ of the corporate world, which this documentary blames for this tragedy. The story that is told is of a company that was marvellous until its 1996 merger with McDonnell-Douglas, which meant that Boeing was now a “financially driven company” and needed brave law makers to keep it in check.

The misdirected anger and hypocrisy within the analysis is ridiculous. This was never a ‘good’ company, and complicit law makers are never our saviours. That, “….the safety culture at Boeing fell apart …. was corrupted from the top down by Wall Street….” may hold a nugget of truth. At least for commercial airliners. But it doesn’t take much investigation to find out that this, and any other corporation, puts profits before people on a regular basis. It’s almost as if, as soon as the safety risk shifts away from the victims of bombs, rising sea levels and air pollution to relatively affluent passenger jet users, only then does it become a problem worth discussing.

The problem with this and so many other popular Netflix documentaries is that they have terrible politics. They’re either advocating consumer choices as the solution (Cowspiracy, Seaspiracy) or better top-down management of the problem (Social Network, Downfall), when what is needed is a complete change to the way we produce things. The only way this can be achieved in a way that benefits everyone is through working people collectively taking control in their workplaces and communities. Likewise, we shouldn’t expect corporations like Netflix to produce content that delivers the information we need. As entertaining as it can be, we have to do our own investigating and digging to find out the best way to interpret events. Aviation doesn’t have to be controlled by vast profit-hungry conglomerates. It could be organised by workers and the community in a way that suits our needs but doesn’t destroy our local or global environment. If the death of 364 people isn’t enough to bring about that realisation, maybe nothing will.

If you have or haven’t watched Downfall yet, I hope this will helps you interpret and enjoy the movie for what it is. A very good, but wholly incomplete and misguided story. 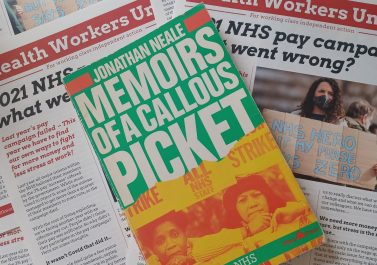 Review of ‘Memoirs of a callous picket’, by Jonathan Neale

“You came to this work out of love and pride. You find yourself up to the elbows in some ungrateful old man’s shit.”…

Media outlets have heaped great praise on the Netflix documentary, ‘Downfall: The Case Against Boeing.’ And the ratings haven’t been bad either. Its… 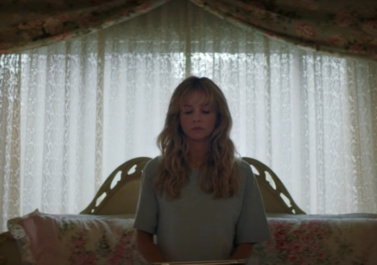 ‘Promising Young Woman’, ‘Two Distant Strangers’ and ‘I May Destroy You’ – A review

This Review Contains Spoilers: The victim dies AngryWorkers sometimes watch films – the following comprehensive review was sent to us by comrade Amy…