The Wildcat group in Germany have been publishing their magazine since the early 1980s. [1] Wildcat is one of the few remaining collectively produced magazines in the revolutionary milieu. By collectively produced, we mean that the magazine is not just a collection of individually written articles. It’s the expression of a collective process that includes research and debate, as much as reflecting together on experiences in working class jobs and as participants of struggles and political initiatives. Wildcat has its roots in the last quivers of the social upheavals of the late 1970s, and in a way this ‘spirit’ of a movement still constitutes the life blood and inspiration of the project. The absence of large-scale social turmoil is one of the explanations why this way of organising oneself – with others, in a political collective – has been marginalised in recent years.

Today ‘political work’ is characterised by separations. We have a detached cohort of individual ‘intellectuals’ who write as professional academics or journalists. Separate from that is the realm of ‘organising’, often driven by professional organisers or by honest syndicalists, and largely disconnected from political debates. Finally there is activism, and the creation of mutual aid structures. Political organisations that claim to bring all these layers of political life together often do so while keeping the internal segmentation. The party has its union activists and its central committee, its cultural wing and youth organisation.

What does it take to commit to a collective process? Certainly political hope and clarity, but in the current moment, also a fair share of stoicism. Without an ongoing class movement, collectives like Wildcat are difficult to hold together. On one hand the ‘wholistic’ way of organising means you work in working class jobs, read a lot, attend regular meetings, work on the magazine and spend a lot of time together. In short, you focus large parts of your life on a political process, while at the same time – unlike your cadre comrades in the Marxist-Leninist organisations – refuting that any vanguard position or ‘historic role’ results from your efforts. This keeps you in a certain limbo or suspension.

The limbo doesn’t have to be bad, It can actually be a good life, combining down-to-earth relationships with your co-workers and the odd militant intervention, with meeting comrades from near and far, and having wine-fuelled, jazzed up nights talking with two, three dozen people about string theory and Prima Linea. It means learning a lot – from how to think to how to make things. But the going can be tough. It’s often people without children who stay on board and in the midst of things. There’s always a tension between wanting to move something forward locally or at work, and wanting to produce a good magazine – because doing both seems too much. It can be frustrating.

The Wildcat comrades decided to focus on producing a political magazine that upholds the claim that revolution means questioning everything, from the microchip crisis in the automobile industry to the ideology of self-care or the third rebirth of reggae. The magazine is like a flag, waved for the advanced sectors of working class struggle of the future, signifying: “we’re here, comrades, we held out!”. But let’s not pathologise things. Of course a political collective is a kind of alternative family, and a way to give meaning and a wider social dimension to your life. It can protect us from the loneliness of careerism and the mediocrity of being comfortable. So of course the magazine is a kind of rallying-point. But it also has a political use value. Collective work creates knowledge. It allows us to criticise the fucked-up social relations that present themselves as foundations of life.

Below, we summarise the current issue of Wildcat. 107 the first issue in the magazine’s history that was not produced by doing days-long face to face meetings. It’’s still a good issue. If you agree, you could help us translate more stuff into English! And even more importantly, if you live in the UK, you could join our own efforts of forming a class-rooted political collective.

The free-floating cover article is called ‘Ischgl 2.0’ – it’s a sort of historical snap-shot of the political economy of the Austrian tourism sector, which became a hotspot of the international Corona pandemic. Local comrades describe the entwinement of a global lumpen-bourgeoisie on skis with the local corrupted swamp of far-right politicians. A shit-fest of sleaze capitalism, slurping sprits and spreading the virus.

The article ‘Learning processes’ focusses on the changes in the MENA region since the so-called ‘Arab Spring’. It compares the recent upheavals in Iran, Iraq, Lebanon and Tunisia. While the enthusiasm of the Arab Spring is gone, so are its naïve believe in democratic change, or in the progressive potential of political Islam. Today’s rebellions are more sober. They concern social needs. They have learned how to blockade infrastructure such as ports or refineries to enforce demands. In particular, in the triangle and time-space of the October 2019 revolts in Iran, Iraq and Lebanon national borders were questioned. We can read about the proliferation of ’Sushi kids’ in the region – our hope for the future!

Another article looks at work during the pandemic in Germany, where ‘to be a system-relevant worker is not luck, but misfortune’. We can read about the general situation of furloughed workers, how companies use short-time work schemes (‘Kurzarbeit’) to restructure, and how the left got all state-friendly with their Zero Covid campaign. More important are the reports comrades wrote about what’s going down at work: at Amazon and a parcel sortation centre in the Ruhrarea, a car factory in Austria, a distribution centre in Berlin and a medical equipment factory. It must really be a misfortune to work with a beeper around your neck that rings the alarm once you work less than 1.5 metres from someone!

The reports are followed by an in-depth view of struggles and turmoil in the health sector, written by comrades who have been in nursing since 1985. We translated the article, so you are lucky to be able to read it in English! [2] This is followed by a text on one of the sources of both culinary pleasure and epidemic evil – the meat industry. Basically it’s an update on an article in the previous issue, which we also translated. [3]

The picture then widens to the international level. Comrades from Greece write about the further deepening of the crisis since 2011, with the Greek tourism sector being hit hardest by the pandemic. Police repression has increased. There was resistance to the new labour reform from November 2020, which allows employers to impose unpaid overtime, if the overtime is compensated with ‘free time’ within a six month time-frame. Working 50 hours a week, 10 hours unpaid when the boss needs you, sitting at home when it rains and business is down. There are further updates from comrades on the situation in the UK [4] and in Italy [5].

There’s a longer article on the current restructuring of the global automobile industry, written by comrades who work in the sector. It’s mainly about the state-sponsored shift to e-cars and the greenwashing hype around it. We see a global shift of demand towards Asia (China accounts for 1/5 of global car sales) and the global composition of microchip and battery production. We see a massive concentration process (PSA, Opel and FIAT-Chrysler conglomerate) and further relocations to the lower wage regions, for example the southern the USA.

Speaking about the USA, the next and central article is a comprehensive overview on current conflicts in the country. We’re in the process of translating it, so watch this space! But what is the US, without the reinforcing love-hate of the Chimerica relationship? The longest article in this issue is written by a comrade who has been living in China for several years. It combines day-to-day impressions of a waged worker in China with a wide panoramic view on crisis and class relations. Read the whole article – it’s worth it! [6]

Instead of the usual book reviews or texts on music and drugs, the magazine ends with a long and in-depth analysis of ‘social reproduction theory’ in general, and Silvia Federici in particular. The article follows her political development from the feminist organisations of Operaismo in Italy to the US-American adaptions in the form of the Midnight Notes. The article questions Federici’s turn away from the antagonistic potentials of cooperation within waged labour towards ‘the commons’, and some of the traps that we might fall in to if we start to think of ‘the household’ not as a unit of social isolation, but as a starting-point for ‘commoning’.

Congrats to the comrades!

[1] A brief introduction to the history of the group can be found in this ‘Open letter to John Hollway’: https://www.wildcat-www.de/en/zirkular/39/z39e_hol.htm 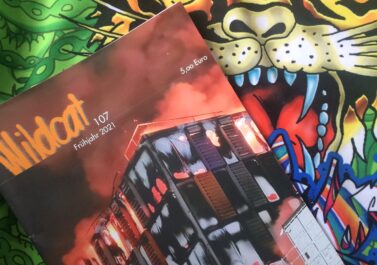 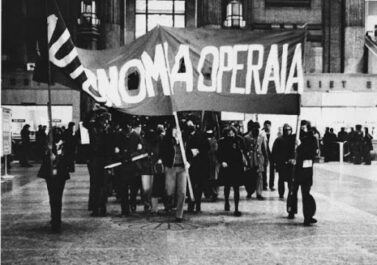 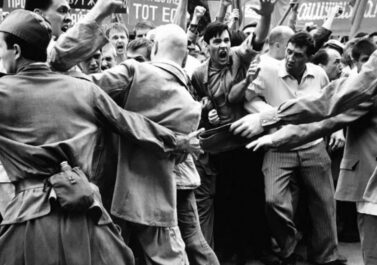