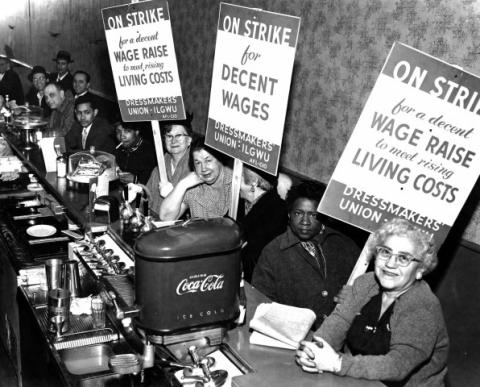 Here is a summary of some local mapping of Croydon we’ve done so far:

Geographically, Croydon is located on the outskirts of London, formerly as the business and administrative hub of Surrey, but now undoubtedly a large suburb of Greater London. The area is a major transport hub, with West Croydon, East Croydon (in the top 20 busiest train stations in UK), the Tramlink and various bus services. It is also the main entry point to East Sussex on the M25 and nearby to Gatwick Airport, Britain’s second busiest airport. This has shaped Croydon’s economic development towards logistics, wholesalers and warehousing.

Rents and property prices are relatively cheap compared to that of inner London boroughs. Nonetheless, affordable housing remains hard to come by, as Croydon launches Box Parks and eyes up new high end shopping centres. In a TimeOut article last year, Croydon was described as the ‘new Brixton’. Given the amount of people that have been displaced from Brixton over the past two decades, this should serve as a sign of the conflicts and pressures to come.

The area is a large logistics, warehousing and pharmaceuticals hub, with thousands of workers clumped together, mostly in medium sized workplaces employing a few hundred people, but with a few spots that have over a thousand workers. This is split across three main sites – the Beddington Lane area, the Willow Lane Industrial Park in Mitcham and the clump around the southern part of Purley Way where we find Amazon.

All the main logistics firms operate here, like TNT, DPD, Royal Mail, Amazon, UPS, DHL, Argos, XPO, Keugne and Nagel. There are large retail and food delivery warehouses and superstores for Argos, Sainsbury, Asda, Morrisons. Tesco has one of it’s main online warehouses here, employing 1,400 people in normal times and many more during the pandemic. Down the road in Coulsdon there’s a similar size Waitrose distribution centre. We also have a £205million ‘state of the art’ incinerator, which came into operation in late 2018, and in 2019 was investigated by the Environment Agency following a serious fire that took 8 hours to get under control. Local anti-pollution campaigners aren’t happy. Near to there is the Beddington Lane sewage works, which produces its own funky smells. Other notable bits of industry nearby include a chemical plant, several concrete plants, food production and processing factories and some light manufacturing shops.

Croydon is also a major transport hub, with the Overground running north to Highbury and Islington, a very busy station at East Croydon, and multiple tram lines zigzagging across the area. The depots for buses and trams are located around the main industrial areas, while a train depot lies slightly North of Croydon in Selhurst.

Then there are the various businesses in the centre of Croydon, where large office blocks house the operations of multinationals. Croydon is also a large financial centre in the South East, separate to London. Notable companies here include Deloitte and PWC.
Croydon also houses a regional HMRC hub and a large UK Border Agency offices at Lunar House, where for several years various concotions of the far-right marched and assembled protected by the police from local residents and anti-fascist groups. However, Lunar House remains as a location where non-British nationals are often instructed to attend to face immigration officials and discover the outcome of applications, often with life changing outcomes. The result of this is that Croydon has a diverse population, consisting of recent arrivals to the UK and more entrenched communities, from eastern Europeans, to Africans, and those from the Middle East. There is also a sizable white British population, especially in surrounding areas like New Addington.

For its part, the Council has been trying to attract new investments and become more ‘business friendly’ as part of its ‘regeneration’ plan. But everything has gone to shit for them since the pandemic hit, and the council now has a £62m budget hole and has just announced 400 job cuts. This brings us on to the question of unrest and resistance in this area. Starting with the council, the unions are making noises and apparently organised a protest outside the town hall in August, but we haven’t yet heard anything more concrete in terms of industrial action. When we spoke to council workers in July, people were clearly afraid across the board and they spoke of no information from the council. Some told us the unions were doing something, but were unable to say what. Others didn’t know. The economic impact of the pandemic/lockdown is only just starting to reverberate elsewhere. We are hearing grumblings amongst refuse workers, both in Croydon and across the administrative border in Merton, which may lead to larger action. We know that there was local media focus on the question of schools reopening earlier in the pandemic, and it’s a fair bet that there has been action happening on a grassroots level.

The major pandemic era dispute we’ve been involved with was with a group of around 50 Pizza Hut workers from a franchise of 6 stores in Croydon in nearby. These stores were run by a cowboy owner who closed them at the start of the pandemic without furloughing staff or paying them their final month’s wages. These workers were pissed as hell and together we organised several pickets and a social media campaign that eventually got them thousands of pounds in owed pay and some furlough money. It wasn’t all they were owed by any stretch, but it was something. Full report is here

Elsewhere, the pandemic-driven expansion of logistics activity is piling the pressure on logistics workers. This is particularly the case in Amazon, where the company is squeezing more and more from drivers by reducing the number of available shifts whilst massively increasing the workloads per shift. This is leading to a huge turnover in staff and grumblings about strikes both in Croydon and elsewhere. This something that is set to intensify locally, with a second Amazon warehouse currently being constructed in the area. Further reports can be found here:

Royal Mail has been undergoing its own turmoil during the pandemic, though at a national level, with the removal of an unpopular CEO, followed by the announcement of thousands of manager job cuts. Frontline jobs are expected to follow and this will be a dispute we hope to stay plugged into. Further information can be found here:

Going further back, other notable disputes in the area include the tram drivers strike in 2019 and the UCU college teachers strike, also in 2019.

We’ve also been linking in with local groups, organisations and just generally trying to get an idea of what’s what in Croydon. This has included taking a critical eye to social reproduction in Croydon, specifically looking at mutual aid groups. More at this link:

In the coming few months we will be focusing on Amazon and Tesco. We’ve made some inroads in both workplaces, two of the group having worked in Tesco for a time, and a wider workers’ movement present in Amazon locations across the world. However, we want to keep a close eye on the council workers and also have the second edition of our newsletter to distribute from the beginning of October. So we need people willing to leaflet and/or research and write. We aim to do at least one leafleting session per week, and meet as a group fortnightly. Get in touch.