Take the power back – Breathing space, friendliness and solidarity at work

Written for issue no.5 of our paper WorkersWildWest

It is a strange world. We spend more time at work than with our friends and family. Work eats up our life, but we see work as separate from life. We don’t want to take work serious, because we, as humans, are not taken serious at work. The creativity and life energy of billions is wasted in the way work is organised in the current system.

Democracy? You must be kidding!

They tell us that we live in a democracy – but at the place where we spend most of our life, we have little to nothing to say. The way work is organised makes it very difficult to make friends or be friends at work: the machine is too loud, the line too fast to be able to talk (often we are told off for talking ‘too much’), people come and go so we might think “why bother getting to know them?”,  some people think they get easier work if they show that they are better workers than the ‘lazy’ others – a feeling of competition is encouraged, despite all the ‘team work’ talk. Work is soulless and makes us feel half-human, so how can we connect to others?

Small steps to take back control – for real!

It is true, we don’t control what is happening in our company, what is produced and how, who is hired and fired and why. But we can start with creating a little breathing space for ourselves and others, some space against productivity targets and for friendliness.

* Ease the work pressure and try not to compete with your co-workers. Don’t work faster than the average, try to work a bit slower and give more time to your fellow humans. Encourage others to do so.

* Don’t complain about fellow workers to supervisors and management. Try to speak to your colleagues directly. If the problem is more serious, talk to other colleagues you trust about it. Together you will find a solution.

* Be friendly to new starters, to agency workers – even if you think that they might not stay long. Explain to them how things work and that they should not kill themselves for a minimum wage.

* Show support when fellow workers are shouted at, disciplined or bullied by managers. Even if it just means going up to them and asking if they are okay. If you are a bigger group you can stand up to the manager and ask for an apology.

* Let’s try to talk to people during our break, instead of staring into our mobile phones. Let’s talk about the weather, about work, about life. Let’s try to overcome language divisions – not everyone is confident in English, so be patient if people make the effort.

* Try to work as little overtime as possible – although everyone needs the extra-money, this is more of a short-term carrot: in the long run they will make us work longer hours for the same money.

We can ask for more!

These are just small steps, but they help to change the atmosphere at work. They can also help us to ask for more. This will not happen overnight, nor do we have to wait until everyone is on board. We can start with our immediate colleagues who we trust.

There are always small conflicts with management: about work speed, about overtime, about shifting us to worse jobs or shifts, about promised permanent contracts, about cuts in bonuses, about disciplinary procedures…

We often accept these changes, saying that we can’t do anything or that ’the other workers won’t join’. In order to justify our fear of doing anything we often say: “the only option would be if everyone goes on strike, but they don’t”. But there are smaller steps we can take, which don’t make us too vulnerable.

* Find a small group of colleagues to start wirth, even four-five-six will do.

* Talk about what small things you can do that would annoy management and will let them know that people are not happy with the changes.

* This could be a hidden ‘work-to-rule’: colleagues at different jobs sticking to the official company procedures and health and safety regulations. Only do the jobs you are supposed to do according to your contract. This normally slows down work quite a lot.

* Find ways to cause little break-downs of computers or machinery, without putting you or others (health) at risk. Find other ways to slow down work-speed without management being able to single you or others out.

* An unofficial overtime boycott can be another way to show that you are pissed off without sticking your neck out too far. The more people join in, the more effective it is.

* Do your work, but stop communicating with management, don’t say “hello” or “goodbye” to them. If a whole department sticks to this, they will feel the pain over time and might reconsider the changes.

* Find ways to put forward your demands without having to send a spokesperson – management will either punish them or buy any ‘leaders’. We need collective action, not heroes!

* Find ways to speak to workers in other departments and encourage them to do similar things. This could be at meetings after work, through whatsapp or other ways.

* Sometimes it bothers management if the media or clients of the company get to know that their employees are unhappy, that time targets or quality might be compromised. You can do or threaten to do this without having to show your face to management.

There are many creative ways of how we can put pressure on the bosses. The more people join the better. But even a small group can annoy management. The challenge is just to keep your heads down and avoid an open fight that we might lose.

The work-place and beyond – Why joining WorkersWildWest solidarity network?

Being poor ain’t no fun – if you are alone. Similar to the situation at work. But if you join up with others and support each other, we can defend ourselves better. For this reason we have established a solidarity network in west-London.

Many of us change jobs frequently – and conditions are similar everywhere. Problems at work often continue after work – instead of company management we have to deal with nasty landlords, stress with the job centre or other state administrations. In the current climate the political leaders want to make us play dog-eat-dog: locals against migrants, Jesus fans against followers of Mohammed and so on. We are supposed to fight over the bones they throw at us. We should refuse their game and fight back. We don’t need leaders for this. So what can we do and how can we do it?

We meet weekly in different places in Southall, Acton, Park Royal and Greenford. If you, or a group of you, have problems, either come along to one of our meeting places or get in touch through email or phone. We are all working class people, no lawyers or experts. But we know our rights. We discuss the problem and think about how we can put pressure on the people who want to rip us off, evict us or whatever. Here are some examples…

* The temp agency ASAP in Greenford didn’t pay outstanding holiday pay to four workers. The workers called several times and sent letters, without result. We prepared some leaflets and a group of eight of us went to the office and told management that we won’t leave until things are sorted and that we will let clients and possible new recruits know what’s happening. Within half an hour the holiday pay was sorted.

*  The housing benefit department in Ealing refused to pay three months housing benefit to one of our friends, who is a ‘EU-migrant’ after having worked in the UK for eight years. We sent various letter and finally went to the appeal court in Watford – it didn’t cost us any lawyer fees. In the end the friend got three months back pay.

* A visa agent in Southall took £10,000 from a friend and warehouse worker. The agent promised IT training, a work-visa and a job guarantee. This did not materialise and when our friend asked for the money back, the agent refused. We blockaded his office and threatened to stand in front of each of his three training schools. Bit by bit he paid all the money back.

* Temp agency ‘Hays’ did not pay three days of outstanding wages to a local road sweeper. We sent letters and finally distributed leaflets to fellow workers at the Amey recycling depot in Greenford. We also threatened to inform the media. In the end they paid up.

* Temp agency ‘Templine’ at the Sainsbury’s warehouse continued to harass a friend for a couple of illness-related and doctor approved absences. We formulated an official grievance letter, which eased the pressure from management.

Again, the more we are, the more we can achieve. This is not just about claiming back what is ours. It is about working class confidence and creating a local force of solidarity, against the dog-eat-dog world that they are creating! 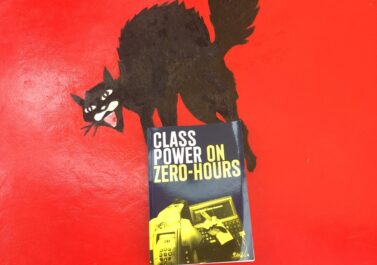 This is an interview we did with comrades from The Commoner This month we had the pleasure of speaking to AngryWorkers, whose words… 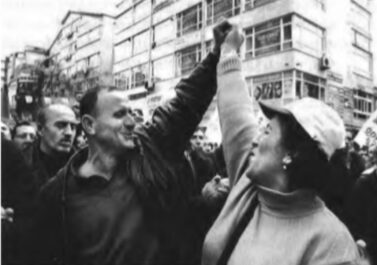 We discussed this text during our general meeting in early November. We will publish a summary of the minutes at some point soon…. 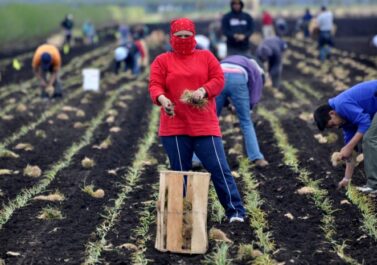 The physical and armed attacks on the protests following George Floyd’s murder, both by right wing groups and state forces in the USA…