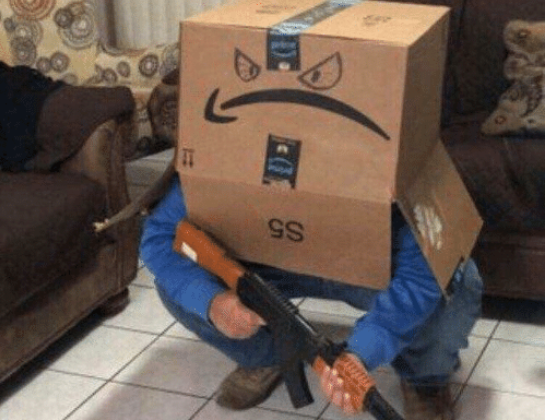 Amazon is taking the piss – What are we going to do about it?

It’s obvious to everyone that Amazon is taking the piss with its drivers. They’re sending out 300 items per shift, with the front passenger seats dangerously full of parcels. They don’t care what happens on the road or what happens to you. They only care about their parcels.

All this means that drivers are having to work long hours, not take any breaks and often stay much later than their supposed shift finish time. If you don’t finish in time, Amazon might send another driver and then charge you for it. It’s a joke. When you think that van rental is about £230/week, there’s fuel to buy and it takes 9 hour or more to finish a shift, it means that drivers are sometimes working for less than minimum wage. And this is London!

The thing is, there is no reason why things have to be this way. At the same time as Amazon is forcing some drivers to deliver 300 parcels in a shift, other drivers are only getting 3 or 4 shifts per week. This tells us that Amazon is trying to get as rich as possible off of drivers, instead of splitting up the work in a way where people can get enough days to pay their rent, and not have a heart attack or car accident from so many parcels. This situation is messed up and we need to do something about it.

Amazon will squeeze drivers as much as possible, so long as they think they can get away with it. That’s why they paid the £2/hour coronavirus bonus. They were worried that without that, drivers would stop coming in. That would cost Amazon more in lost business then paying this small increase in wages. The lesson from this is simple – if we want to win anything from Amazon, we have to make it more costly for them to ignore us than to listen to us.

But How Is That Even Possible?

Good question. No one said it would be easy. But thousands of Amazon workers have been fighting against the company in the USA, France, Poland, Italy and Germany. They’ve shown that if you are organised, ready to fight, and in contact with other depots, it’s possible to win.

Amazon Croydon depends on 100 or so drivers to supply thousands of customers. Those drivers speak different languages, they don’t have much time to stop and chat, and people are scared of losing their jobs or getting shit from management. It’s hard! But at the same time, those 100 drivers have a lot of power. Without them, Croydon Amazon will stop. We need to find a way to turn that fear into anger and energy. If the drivers don’t drive, Amazon won’t run.

So How Do We Do This?

The first step is for drivers to start speaking to each other about their problems. This requires:

1) A form of communication (like Whatsapp, Signal or Telegram groups, and flyers like this one that we can help with).

2) Trust. No one wants to get targeted by management and it’s hard to know how you can trust someone you don’t know. The only way to get through that is to start speaking to each other and to us. We don’t care if management shout at us or target us. We can speak to new drivers who are angry and interested in getting involved. We can make sure they are serious and then introduce them to the drivers we already know.

3) Translation. Apart from English, Romanian and Bulgarian are spoken by a lot of Croydon drivers. We can sort out translations and print flyers to give out to the other drivers.

If we are going to sort out the big issues, then we need a lot of drivers united together and ready to fight. The way to do that is to first target smaller issues and get results so that we can show to drivers that sticking together is worth it. Maybe there’s a manager who’s a prick to drivers. Maybe it’s the dangerous parcels in the passenger seats. Maybe one of the agencies is messing people around with pay. We should try and sort a smaller issue like this together first.

The reality is that no one is going to come from the sky and sort out your problems for you. Only you can – the drivers and the warehouse workers. We can support you as a group with printing, translation, advice, knowledge about the law etc. But you have to take responsibility and take action. The only way that will work is if drivers come together, say what they think and then agree on a plan. We suggest meeting up after a shift near to the warehouse and speaking for 20 mins about what we are going to do. Yes, everyone is busy. But if people aren’t up for making that effort and coming together, then nothing will change.

Amazon is a huge company. We know that, and we know it’s going to take a lot to beat them. But we are in contact with workers at different depots across London, the UK, Europe and North America. There is now an international organisation of Amazon workers called Amazon Workers International (https://www.facebook.com/AmazonWorkersInternational/). We are also in contact with them. Workers at the different UK depots ALL have the same problems. They are all pissed off, and there are a lot of workers thinking of taking action, like striking. If Croydon workers get organised, then we can help you to coordinate with workers across London, the UK and internationally.

There’s lots more to say about all this. But let’s take things one step at a time.

We need to start building a group of Croydon drivers who are ready to do something and not just complain. We need to start a whatsapp and organise a meeting to decide next steps. Get in touch:
Email: croydonsolidarity@gmail.com Call/Text: 07951421335 Facebook: search ‘Croydon-Solidarity-Network’ Twitter: @NetworkCroydon 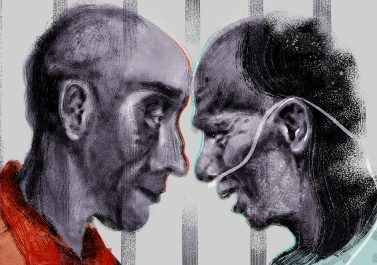 (This text was written a few days before the most recent tragedy in the Channel, during which 27 people drowned) Syrian man found… 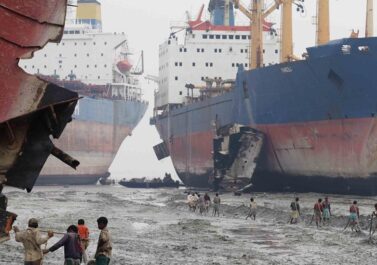 Unprofitable ships are disposable – so are the seafarers Let’s start with a confession. I don’t often dip into the Wall Street Journal…