Corona-crisis: Can workers fight back against the jobs vs. health trap?

Well, that all depends. Up until three weeks ago, I had worked for some years in a food factory in Park Royal in west London. This is a massive complex with thousands of workers, made up of three factories and one warehouse producing 80% of the UK’s houmous, as well as ready-meals and chilled foods for all the major supermarkets. The shop-floor workforce is almost 100% migrant and it’s an ageing workforce – the majority were over 50 in my factory and a significant minority over 60. Many have underlying health conditions that come with being poor, doing manual, back-breaking jobs for years, living in overcrowded conditions and having high rates of harmful practices like alcoholism and chewing tobacco (amongst men).

This workforce is now deemed ‘essential’ in the efforts to keep our supermarket shelves full. While you could argue that ready-meals might not actually be ‘essential’ in the sense that we can probably cook our own bloody food now that we have so much time at home – the fact is that supermarket delivery drivers are delivering such meals to elderly and vulnerable people in their homes. This work used to be done by the local council through social services, but the gaps are being filled by supermarkets. But despite the importance of ready-meals, the workforce that produces them are also at a higher risk category when it comes to the effects of Corona virus.

So what can workers in this situation do? They continue going to work, but you would expect that extra precautions be taken. That the two metre distancing on the assembly line would be maintained, that people would be given masks, that breaks are staggered so that the distancing could be achieved in the small canteen. This is not being done.

Ex-workmates have told me that assembly lines are running as usual. Two metre distancing would be extremely difficult to achieve on assembly lines that would only hold 4 or 5 people, when normally up to 25 stand on a single line, if the distancing was adhered to. And in this workplace, speed and getting orders out are priority number one.

The picture above was taken in the canteen this week. There used to be two canteens in this workplace but this was reduced to one without consultation with the workforce. Sometimes it is difficult to even get a seat to eat your lunch. Wholly inadequate at the best of times, but now, even worse. Doesn’t seem to be any distancing measures in place here!

In a similar situation, workers at the Moy Park poultry plant in Northern Ireland walked out briefly this week to protest against the fact that their multinational employer had taken no measures to protect their workers. [1 ] The scenes show a much younger workforce congregating outside, demanding that their safety be put first. Why did that happen there and not at my factory? There are a number of structural constraints that limit the ability of workers to feel confident enough to do this:

1. A culture of bullying. These kinds of low-paid, migrant workplaces are often run through a mix of bullying and stick approaches rather than carrots. One woman, with an existing medical condition, was forced to wee herself twice in the space of six months because she wasn’t given permission to go the loo. Why didn’t she just go? It shows what kind of workplace it is when (women) workers feel they can’t just leave the assembly even in an emergency.

2. People rely on overtime – partly to cover their costs of living in London and partly to meet the visa income thresholds of a minimum of £18,600 a year to get a family member over to the UK. Immigration rules like this only serve to push people into accepting bad pay and conditions, rather than actually limit the numbers coming over. Overtime is paid at time and a half over 40 hours so it’s only by working 50-60 hour weeks that people can actually make enough to money to live. Who stays for overtime is decided arbitrarily by managers so staying in their good books is a good disciplinary tool.

3. Why don’t workers just unionise? Well, surprise surprise, there is a union, GMB, which has an official recognition agreement. However, workers can’t rely on the union who continue to fail the workforce – the union has been recognised for twelve years and workers who have been employed at the company for 20 years earn 16p above the minimum wage. The union supported a skill grading system that divided the workforce, primarily along sex lines. The reps are useless and couldn’t fight their way out of a paper bag. If we rely on these kind of corrupt structures to give confidence to workers, we’ll be waiting a long time…

However bad this all sounds, this situation is not uncommon in many UK workplaces. It usually doesn’t make the headlines because nobody is giving birth in the toilets and you don’t have a villainous and publicly known CEO like Phillip Green or Mike Ashley. Nothing that happens in this workplace is strictly illegal either, so relying on the law is a non-starter. Workers are permanently employed so are only entitled to Statutory Sick Pay if they have symptoms of Corona virus and need to self-isolate. Which is what workers in my factory are increasingly choosing to do, rather than put themselves and their family members at risk.

This lack of shop-floor power that leads a disenfranchised and scared workforce to take individual protective measures over and above collective measures needs to change. Acting on whatever potential the Corona crisis could bring  – in order that workers can start demanding their worth – usually doesn’t occur in a vacuum. How can we expect workers in such a precarious situation (even as permanent employees) to stand up and start raising their voices when there is no culture of experience of standing together and winning?

This is why AngryWorkers’ focus on these kinds of workplaces: a large concentration of workers, but lacking any real structures to start mounting an effective counter-insurgency. Aside from some ‘those poor workers!’ reportage, these kinds of workplaces are often neglected by the left. This is despite their enormous significance for the material survival of society and therefore for the struggle for social emancipation. We should build connections to workers inside these workplaces in order to get an insight into how we can use our potential collective strength to our strategic advantage to build a world beyond capitalism.

The central chapter of our book ‘Class Power on Zero-Hours’ describes the conditions in this complex of factories in west London and provides a detailed account of a six month rank-and-file pay campaign for £1 more for all – the challenges and potentials. Essential reading for all workplace militants and those comrades who want to get their hands dirty. 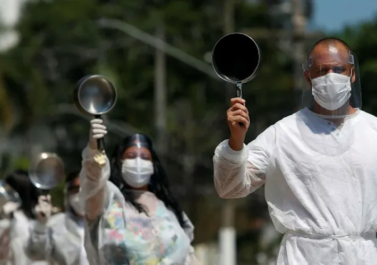 “It won’t close!” – The protests against lockdown in Brazil

A comrade from Brazil sent us this detailed report about cross-class protests against the lockdown. The article was written in January 2021, before… 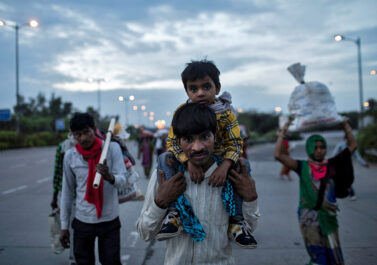 The Great Pause – Seven interviews on Covid with workers in India

“We were always told one must work to survive, but for the first time we witnessed a situation where to stay alive, one… 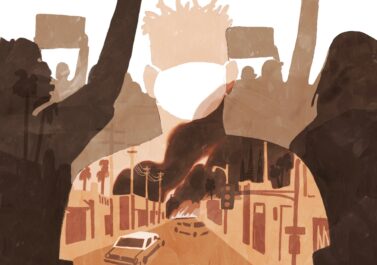 This pamphlet is product of our collective debate and conversations with fellow workers over recent months. You can read a summary of over…