Empty supermarkets: The food supply-chain from a workers’ perspective

Everyone is complaining about empty supermarket shelves. Lots of people are now asking themselves how they get filled in the first place. But hoarding and panic buying is a relatively minor issue – with highly calibrated ‘just-in-time’ production, shelves can be bare with only take a £6-10 increase in the normal shopping spend per household. Even if people are buying much more than this, it’s not just ‘selfish individuals’ who are to blame. We have to look at the political issues around the individualisation of working class communities over the last few decades, as well as rational responses to a government recommending self-isolation for 14 days if a family member has symptoms. More importantly though, we have to look at the structural constraints of the food supply-chain. Below you can find a few thoughts about this in particular.

AngryWorkers’ comrades have worked in food processing factories and distribution centres for several years, organising independent workers’ bulletins and trying to expand the scope of workers’ self-activity as militant shop-stewards. This experience and an analysis of the wider food industry forms the major part of our new book, ‘Class Power on Zero-Hours’. In the second part of the book we look at the composition of this ‘essential industry’ in the UK and ask what a workers’ takeover and control of this industry would mean in today’s globalised (food) production system:

Any spike in demand brings immense difficulties because of an already overstretched supply-chain in the food sector. Here is a list of reasons why the supply-chains are susceptible to breaking point during the current crisis:

1) A dependency on global food supplies
In the early 1980s, UK farms produced around 78% of the country’s staple foods. Today the UK has to import nearly half of its food from abroad, primarily from EU countries, but also from further afield. Under capitalism we have the absurd situation that, for example, live chickens and raw seafood are exported from EU countries to lower wage regions in order to be processed there and send back as frozen goods. The price of higher profit margins is extra work and pollution.

2) An overstretched transport system
The share of food transported by aeroplane has risen by 140% since the early 90s. By 2000 this meant that 1 out of every 7.5 ton of goods flown into the UK was food. Furthermore, a lot of the food is stored in tourist passenger machines. So with tourism on hold due to the Corona crisis and the grounding of many planes, this transport link to get food into the country is under stress. But it’s not only the closing of borders which causes problems. The main problem when trying to expand transport is a chronic shortage of truck drivers due to the bad working conditions. [1] Many continue to work not because they are being ‘heroic’, rather they don’t have much choice as self-employed workers. The average age of a truck driver in the UK is 53 with 13% over 60 and only 2% under 25. This skewed demographic might really mess things up if and when they develop symptoms.

3) A spatially concentrated agriculture
In the UK, areas around Spalding or the greenhouse complex Thanet Earth in Kent, [2] are highly concentrated agricultural hubs. For example, Thanet Earth produces 225 million tomatoes on around 1 square mile. These structures are at full capacity and structural expansion is relatively inflexible. In addition, and partly due to the Brexit dilemma, there is a shortage of agricultural labour. Despite talking tough on ‘unskilled migration’, the UK government has had to make extra-deals with Ukraine, for example, to secure supply of labour. [3]

5) Concentration process in food processing
There has been an enormous concentration process in the food processing supply-chain over the last few decades. Let’s take abattoirs as an example: they shrank from 1022 in 1985 to 380 in 2000. Then let’s take a look at flour mills: there are only three or four major flour mills left in the UK. Two industrial companies share 55% of the bread market in the UK. And a quarter of all ready-made sandwiches come from one manufacturer. This means that these companies are at full capacity at the best of times. Despite all the hype around automation, food processing is actually pretty labour intensive. In the factories where we worked the lines are overcrowded, there is no physical space for extra staff and, even in London in some workplaces – like the Tesco distribution centre in Greenford – there can be a shortage of labour.

6) Supply problems for food processing
Not only finished food arrives in the UK from abroad. The food processing industry relies on many half-finished products. In the case of the recent CO2/ammonia shortage in 2018 we can see how concentrated the production is within Europe. The gas is used to put bubbles in drinks and to stun chickens and pigs before slaughter. It is a by-product of fertiliser production. An uncoordinated shut-down of three manufacturers in Europe caused widespread disruption in slaughterhouses and drinks manufacturers in the UK. [5]

7) A fragile logistics system
Most supermarkets have reduced the numbers of distribution centres (DCs) drastically, many having outsourced distribution to logistics companies. As well as reducing their direct control on day-to-day logistics operations, there are fewer bigger warehouses that increase supply-chain risks. Tesco supplies 3,700 stores with only 25 DCs. These are already at full capacity, as frequent hiccups in the logistics chain demonstrate. [6] This concentration process is even more pronounced when it comes to grocery home deliveries: Ocado operates only four main distribution centres for the whole of the UK. With higher automation levels any technical fault causes major problems. [7]

8) A highly concentrated grocery retail sector
The final distribution and sales depends on a few big companies. The share of supermarkets in total grocery sales increased from 44% in 1971 to 60% in 1980 and 80% in 1990 and reaches 90% today, basically dominated by Tesco and Walmart. There is not much slack in the chain. Furthermore, these companies have a function of ‘central command’ which has been used by governments during times of crisis before, such as during food and mouth epidemic in 2001 and national petrol truck drivers strikes in 2012. Recently the Chinese government used the data pool of the major retail platform Alibaba for social surveillance.

9) Management bullying and workers anger
The main structural constraint is the disengagement of workers from work. Conditions in logistics and food processing are characterised by brutal management regimes and low paid workers who are forced into repetitive work and therefore don’t give a fuck. They are disengaged not only from the company goals and work process, but also from their so-called representatives. Tesco started paying workers who keep on working during the Corona crisis a 10% bonus bribe, lauded by the union USDAW. This is after years of union co-managed cuts in weekend, night shift and annual bonuses.

Under a profit-oriented system the concentration process of food production and distribution means that there are hardly any margins for error. But it also means that workers have a potentially unified and concentrated power. Instead of wishing us back into a situation of artisan producers and petty shop-owners we should organise for workers’ takeover and control. You can read in our book that this will be hard work that won’t be done by (Labour) government decree. 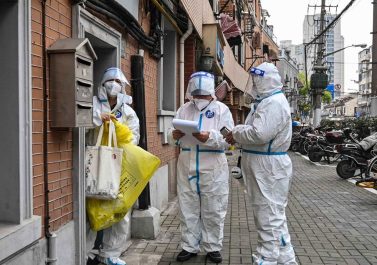 A letter from China: on the lockdown, with brutality and powerlessness against COVID

Translated from German Hello! I would like to share two English articles with you that show how migrant workers are faring in the… 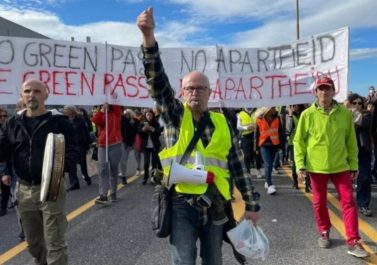 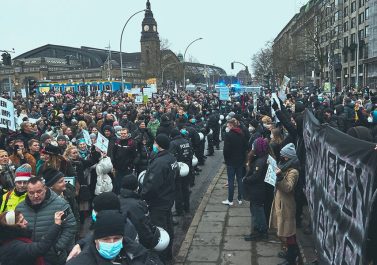