Christmas is coming! The line gets faster. More things fall on the floor. The olympic box makers go for the gold medal. If I see one more onion bhaji I will be sick!… There are more new agency staff. Some are cheery ­ but for how long?! Canteens are full. Red caps start sweating. Some people go crazy for overtime. Just make sure the ambulance doesn’t come for you!

Let’s be honest ­ with all the stress and work pressure they put us under, the atmosphere can be bad. We don’t expect management to be more friendly, but at least amongst us workers we need more friendliness.

It’s easy to complain about the other guy being lazy, or the new agency woman being too slow, or the red cap not deserving the higher pay rate. But we are all in the same situation: hard work for bad money. We need to give ourselves some breathing space. Why stress each other out for a company that does not treat us with the dignity and respect we deserve? We need to take back some power!

It is worth reminding ourselves that we DO have power. They try and make us feel small. The power goes to some red caps’ heads and they become bullies, even if they are also top managers and GMB reps (here’s looking at you Sharon, Sashi and Hitendra!)

How can we remind management who is doing the real work here? And how can we create some breathing space for us?

One thing we can do is to follow the company’s own health and safety rules. If we did, everything automatically slows down. The management know this, which is why we only follow all the rules when there is an audit. If we want some more breathing space and less stress, we can decide to follow the rules we are usually told to ignore, and guess what? It will be harder for them to trouble us for

Write to us. Talk to us when we distribute. If you want to meet, tell us when and where. If you want us to talk to workers at the other plants and create a link, tell us. You don’t have to give your name. Are you being bullied or do you know someone who is? Are health and safety rules not being followed? What tricks do the managers do when there is an audit? The more of us who share information, the better this bulletin will be!

Health and safety has been in the news recently. 2 Sisters chicken plant in West Bromwich ­ which is a company that supplies Bakkavor with chicken ­ was splashed all over the newspapers when journalists secretly filmed several health and safety breaches ­ changing kill dates on meat, mixing new and old meat together, using meat that had fallen on the floor.

It is a ‘scandal’ when the media hear about it but we workers know the daily reality ­ factories cut corners for profits every day, and Bakkavor is no different. We all know how they ignore health and safety until it is time for an audit. The managers want us to work faster and faster and only care about health and safety when they are being watched.

We are supposed to wear gloves to handle the food, but sometimes we don’t. Bins block fire exits. Pallets are stacked too high. People don’t get proper training or safety equipment (e.g. wearing rubber shoes in areas where there are forklifts!) They sometimes don’t give us earplugs or an extra coat when we are too cold. Eye protection is not good enough when making spicy/ mustard mix in veg room. Muscle strains are common because of doing the same thing over and over again. Some parts of the factories flood when it rains. The masks people use in the spice room does not protect them fully from stuff going into their lungs. The managers demand we push damaged trolleys faster and faster over damaged floors, and they will not fix either of them because it costs too much. When there was a fire at Cumberland last year, they didn’t even call the fire brigade and people were sent back inside to work in the smoke!

The speed of production in general is the biggest threat to our safety – so health and safety checks are not done due to lack of time, people are running around without looking where they are going…

Then there are the small injuries we suffer every day, that build up over time. Hygiene people working without proper ventilation, slowly rotting

their lungs. Straining ourselves as we push awkward bins and baths. Injuring our backs when we pick up 25kg bags even though the company say we should only lift 12kg.The slow grinding of our joints as we do the same movement over and over. The tiredness of being overworked all the time because we work two jobs because the pay from this one is not enough.

Our Risk, Their Profit

There have been several accidents recently. A few months ago someone broke their ankle when a trolley fell on them. In the last issue of this bulletin we reported a fire at Abbeydale. In Wigan, Bakkavor had to pay out £2 million after a worker was killed by falling bales. People slip and fall and hurt their backs, but when something goes wrong, the company tries to pressure you back to work within seven days so they could avoid having to report it as a major accident.

If anything goes wrong, of course, they blame us.

What Can We Do?

People have tried to report things but it often does not make much difference. 2 Sisters passed all its audits before and after the scandal. We all know audits are a joke. We are asked to follow the rules until the auditors are gone, then it is back to business as usual.

To protect ourselves, to give ourselves more breathing room, to use what power we’ve got, we can use the company’s own rules against them. Do not let your boss harass you into unsafe work. If the line needs to wait for you to get ear plugs, or a new coat, or the right apron, then let the line wait! If someone gets shouted at for wanting safe working conditions, defend your colleague!

We can also use this power to fight for better working conditions in general. We all know that the factory would grind to a halt if certain rules were followed all the time. If production rejected every trolley and bin with damaged wheels, we would soon have none left. If hygiene refused to  work in badly ventilated spaces, the factory would not get cleaned. If the goods­in only moved what they could move safely, it would shut down the factory.

If we want a better pay deal than the last one, if we want the London Living Wage of £10.20, we need to start being united. For starters, don’t slag off a co­worker in front of the manager! Let’s try some small steps to make them stop working us faster and faster and start treating us with some respect!

The site in Wigan where Bakkavor worker Jacek Adamowicz (29) was killed by a bail of waste plastic weighing over 700kg.

He was believed to be sweeping up the yard alone at the time when the bales, stacked three high, collapsed on top of him.

The factory had done no risk assessment or training on how best to stack the bales.

Cleaners in central London are fighting for better pay and conditions ­ and winning! Many of them are older ­ 50­60 years old, most are migrants, many do not speak English as their first language, and their union was not dealing with their problems.

Agency cleaners at one university joined the smaller but more militant union, United Voices of the World (UVW).

After several strikes, they got:

* Sick pay increased from the legal minimum (£88.45 a week after four days off) to 6 months full pay and 6 months half pay a year if employed for more than five years.

* Maternity and paternity leave pay up from legal minimum to full pay for 18 weeks for maternity and 10 days for paternity.

* Pension contributions from employer up from 1% to 16%

More recently, cleaners at the Ferarri showroom in central London won the London Living Wage (£10.20) just for threatening to go on strike! Remember this next time someone says that we can not fight back at Bakkavor…

People are still angry about the pay deal that gave most people an extra 15p. Some have made complaints to HR as individuals or as groups. The managers claim they are “happy to hear your concerns” but then they do nothing.

They tell us there are opportunities for better wages by getting better skilled jobs in the company. But these jobs are still not well paid and not everyone can be a machine minder or a forklift driver. The company will always need more production or packaging ops than team leaders, and it is refusing to pay us a Living Wage.

We have to back up our talk with action. We can refuse to do any job that’s not in our job description; refuse overtime; refuse to train agency staff. Most of all we need to start

organising together ­ our real power is collective.

Bakkavor needs us to run this factory, if we acted as one, we could force them to raise our wages.

London Living Wage for all!

OTHER NEWS FROM AROUND BAKKAVOR LONDON

The GMB sent union members a letter recently saying there will be new rep elections. We are all fed up with the union ­ but we still need good reps who will support us and fight management. We should not let the people close to management get these positions. If you think someone is a fighter, nominate them!

Shifts changes have affected some workers in Cumberland packing and other departments too. Some people in packing are ok with the change (if they get a Sunday off for example) but others don’t like the change of days and the fact that you might not know the new people you have to work with, which can make the job even harder. The company does not care about our private life and

how these changes will affect our family arrangements. They just care about getting more production done so they can earn even more profits, even if it means destroying the work relationships we have built up.

New Elveden Manager Warns Workers Not to Speak to Journalists

The new factory manager at Elveden has started new monthly meetings designed for ‘greater dialogue’ between workers and management (which means them talking at us for half an hour). Guess what? Elveden’s potatoes are too hard! And workers were told not to speak to journalists because there will be more media attention now that Bakkavor has been floated on the stock exchange. They are worried about bad press like 2 Sisters got. Why don’t they just start treating their workers with some respect instead of trying to silence us?!

Bakkavor generated revenues of close to £1.8bn last year. Remember that when they tell you they can’t afford to pay us more! This is a longer version of a newsletter we’ll be distributing in the local area. If you want some copies drop us a… 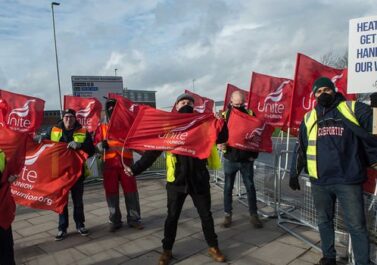 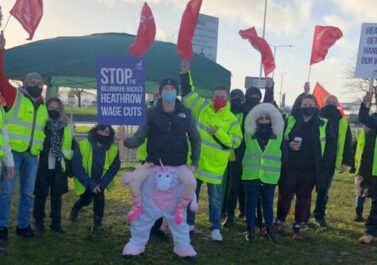