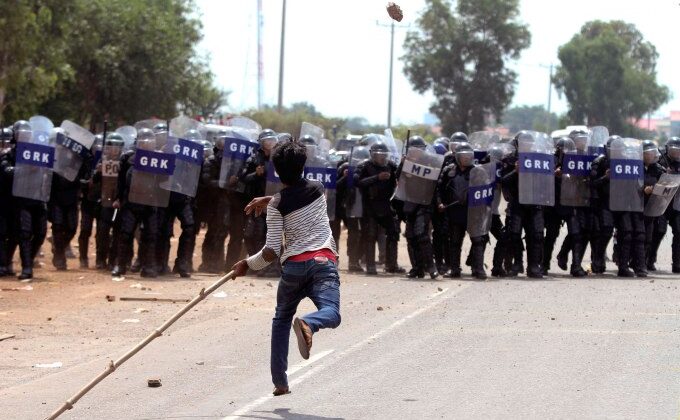 It is undeniably difficult to write a questionnaire that fits all situations. This one puts emphasis on the struggle in work places but if you want to use it at the university or in the neighbourhood, just change it a bit. Here it is:

The person being interviewed
1. What’s your job in the work place?
2. Do you have a position in the workers representation body (works council…) or the union? If yes, which?

Background
3. What was the starting point of the struggle? (management measures…)
4. What happened just before this? (atmosphere amongst the workers, changes to the organisation of work…)
5. What other struggles happened earlier? (in the same company, in others, after state measures…)
6. What are the official demands?
7. Who has made them or put them forward?

Conditions
8. Where exactly does the struggle take place? (company, department…)
9. How important is the company for the capitalist, the region…?
10. What kind of connections are there to other areas? (suppliers…)
11. Who is working in the company? (where are they from, which countries…)
12. What kinds of work contracts exist? (part time, temp work…)
13. How do peoples nationalities, work contracts etc. influence the struggle?

Organising
14. Who took the initiative in the struggle? (workers, the union…)
15. How is the conflict spreading? (within the company and beyond…)
16. What kind of influence do single workers have on the struggle? (debates, assemblies…)
17. What are the proposals for the forms of struggle? (strikes, blockades…)
18. Who puts the suggestions forward?
19. Who gets their own way here and how?
20. Which kinds of attempts are made in order to include other people beyond the department or company? (rallies, demos…)
21. Are the means of production being used during the strike? (excavator, computer…)
22. What role do the relations among the workers, based on the work organisation, play? (cooperation, including with other departments…)
23. What kinds of attempts exist to undermine or disturb the struggle? (scabbing…)
24. What role do organisations from outside play? (unions, parties, supporters…)
25. What do these organisations do exactly? (money, leaflets, assemblies…)
26. What do the workers say about these organisations?
27. What kinds of organising have the workers tried out? (committees…)
28. What kinds of problems did they have with that?

The course of the struggle
32. How can the struggle develop further? (actions, extending the struggle…)
33. What is the mood of the workers?
34. What kind of conflicts are there between the workers? (different positions, divisions based on origin or gender…)
35. How do people deal with that? (discussions, arguments…)
36. How have the conflicts between each other changed during the course of the struggle?
37. What’s the reaction of the bosses? (redundancies, lockouts, pressure…)
38. What do the workers say about that?
39. What kinds of attempts of mediation and negotiation are there? (strike committee, works council, union…)
40. Is the end of the struggle already in sight?
41. What will or has happen(ed) afterwards? (return to work, more bosses’ measures, new struggles…)

Interviewer
47. How and where was the interview done or the report written? (place, sources of information…)
48. How do you see the experiences, strengths and weaknesses of the struggle?
49. How have you benefited from the interview or the writing of the report?

A lot of our work-mates live in shared housing, ‘patch-work families’ and other domestic set-ups. This questionaire is meant as a guideline for… 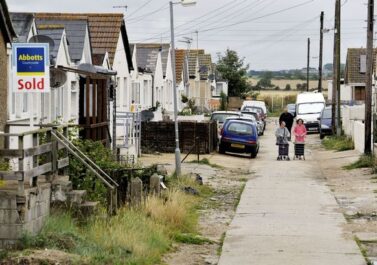 This questionaire was written up for reports about the local impacts of austerity in the UK * Where do you live? * How… 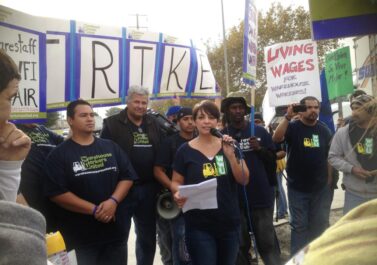