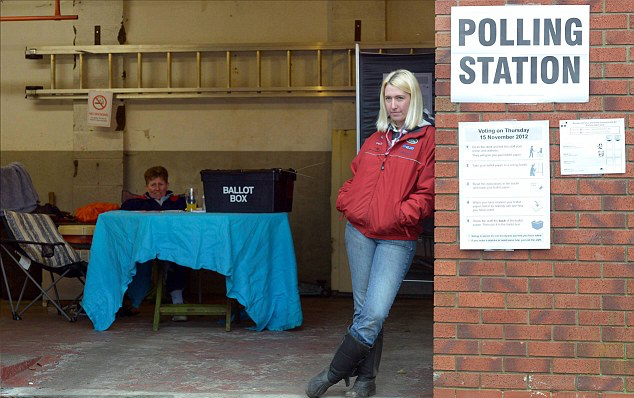 Johnson won the election with the easiest of all promises: if you get me a majority I will get Brexit through parliament within weeks and after that I will spend money on hospitals and the police. This manifests a populist turn within the conservative camp. The Tory’s strategy worked out, but their success is based on drawing a new political boundary around the English nation, to the disadvantage of other regions of the United Kingdom. Johnson’s Brexit Deal sold out the integrity of the United Kingdom and thereby also helped the Scottish nationalist SNP to their election success. The SNP benefits from Johnson’s announcement that there will be no second referendum on independence – the whole thing might turn into a lamer version of the Catalan national dispute. The fact that shortly before the election Johnson sent parliament into a prolonged (and unlawful) holiday didn’t do his popularity any harm, amongst people who see the current political class as incapable and arrogant and who don’t think much about the political system in general. Three years of farcical Brexit negotiations were frustrating and many people wanted the result of the referendum to be recognised, even if they themselves had voted to remain within the EU. Labour lost more votes to ‘remain’-parties (LibDem, SNP, Greens) than to the Tories, but probably even more to people who could not to be bothered to come out to vote. The turnout decreased from 68.8 percent in 2017 to 67.3 per cent in December 2019. The media showed on which side they were on. The left keeps pointing out that since Murdoch holds a monopoly position in the media no Labour candidate apart from Tony Blair has won an election – and that Blair acted as the godfather to one of Murdoch’s brats.

The majority of Tory voters is over 45 years old, with relatively more modest levels of education, have voted for Brexit and don’t live in metropolitan cities. The Labour left ask themselves why the marginalised part of the population voted for an elitist clown like Johnson and not for a party program that promised them free access to broadband internet and universities and the defence of the iconic NHS. There are a few explanations out there that go beyond blaming bad electoral marketing. Workers in the destitute regions of the country don’t trust the political apparatus that Labour now wants to use in order to provide them with new welfare handouts. There is little connection between popular participation and the state administration, which means that the Labour manifesto appeared as a pre-Christmas wish-list. Labour didn’t present an explicit class enemy who would have to be beaten in order to obtain the necessary financial means for the party program. In contrary, Labour spoke of an alliance with creative entrepreneurs and small businesses and McDonnell announced with certain pride that a significant share of bankers would be sympathetic to his program. Indeed, after the collapse of the private service provider Carillion in May 2018 even the finance sector saw a partial re-nationalisation of outsourced infrastructure as a viable option.

In the end the only thing that Corbynism managed to re-nationalise was the fringe left. The election campaign was frenetic, thousands of volunteers took days of to travel across the country to knock on doors in marginal seats. There are only few people on the fringe left who didn’t take part in the campaign and the hectic euphoria in one way or the other. For them the election results are a kick in the teeth. At least the election results created a bit of collective debate, not just about the outcome, but about politics in general. Brexit had already forced the left – and workers in general – to get their heads around banalities such as the composition of the national economy, e.g. the question of whether their diabetes medication is imported or produced locally. Now the election results force the left to look at something akin to class composition, even though their view is distorted by the lenses of electoral politics. What makes the political outlook of a younger and more educated working class in the metropolitan different from the older and more provincial generation? The latter don’t see much of the metropolitan wealth (which could be re-distributed) and don’t witness the few moments of collective action, such as strikes at the universities or the London riots. This gap cannot be bridged by a few days of electoral safari into the ugly hinterland. These are more intelligent considerations. A different part of the Corbyn-project, under ideological leadership of people like Paul Mason talk about the necessity of ‘progressive alliances’ against the far-right in government and call for the Labour Party to shift back into the central ground of politics. Others, such as the Stalinist conman George Galloway form the Workers Party of Great Britain for a left-wing Brexit, pandering to the ‘real’ working class that drinks beer, watches football and speaks in local dialects. In her first candidacy speech Long-Bailey, the leadership candidate who is widely seen as the true representative of Corbyn’s line, talks about the need for a ‘progressive patriotism’, flirting with a similar cultural understanding of what constitutes the working class. These political deviations aside, many now talk about the need for a ‘real rooting process’ within the class. Community organisations, such as Acorn which organises tenants’ unions amongst other things, have seen a significant increase in membership since the election result. While ‘getting rooted’ within the class is a good step, the question remains how and with what aim. Acorn originates in the US where the organisation collected voter data for the Democrats. In the UK their initial funding allegedly came from governmental sources of Cameron’s ‘Big Society’ project. The irony here is that the initial decision to get engaged in electoral politics does not go hand in hand with serious and rooted efforts to build class power, but divert strength and focus from it. It is astonishing how many young ‘democratic socialist’ comrades tell us that the social transformation from the neoliberal status quo to a socialist government will take 20 to 30 years. Where is the youthful spirit and impatience?! Similarly, in discussions some of these comrades describe the strikes of the ‘Winter of Discontent’ of 1979 as ‘lamentable’, as they helped to get the Thatcher government into power.

While the left heals their wounds the government creates facts. Johnson not only managed to get his deal through parliament, but also a new law which limits the period of negotiations for a new trade agreement to eleven months. This means that the gamble of a ‘no-deal Brexit’ is still on the table. Johnson has nothing else to offer but reckless acceleration while approaching a brick wall. In the political declaration of his deal Johnson agrees that the UK and the EU would avoid a downward spiral of competition by lowering environmental and other regulatory standards. The EU bureaucrats can use this as a formal plug which they can pull once negotiations would not go their way. Trump in turn announced in October that the Johnson deal won’t allow for any trade agreements with the US, given that it would prevent an expansion of US exports of agricultural or pharmaceutical products. The EU accounts for 49% of the UK’s foreign trade, the US for 15%, and the production system of the EU and the UK is much more intertwined. It will turn out sooner rather than later that even a considerable majority in parliament is a paper tiger when it comes to ‘getting Brexit done’. The aftermaths of the recent US military strikes show that the UK political class is squeezed between the US regime, which relegates them to the position of a junior partner, and the EU bureaucracy, which can use the UK’s economic dependency as political leverage.

While the prolonged debate about ‘voting’ and elections spread depression and anxiety amongst the (former) radical left it created frustration amongst workers in four food factories where our comrades tried to organise a strike for £1 for all. Comrades organised family picnics, cricket matches and factory gate protests in order to mobilise their co-workers. The trade union leadership and management forced workers to cast their vote for an indicative ballot (this is still only a test match, not the real deal!) to decide whether or not to accept the measly wage offer from management. This meant that the wage negotiations dragged out over a year. Management was happy with that and the GMB was afraid of legal consequences in case they didn’t exhaust all avenues of negotiations. The GMB requires a 66% participation in indicative ballots (while real ballots legally require only 50%) out of fear of ‘losing a ballot’. They definitely made workers lose this ballot by delaying it until everyone was thoroughly fed up, when a strike would have little impact, and people just want money in their pocket. In the end the workers accepted a 16p pay increase above the current minimum wage. Down with the election circus! A few days after workers accepted the offer the Johnson government announced a raise in the minimum wage by 6% to £8.74 – a 53p increase. Now the food factory management will have to pay what they said they would not be able to pay – and many workers believed them. To the women on the assembly lines it is a sign that they can expect more from a populist government than from their ‘own’ trade union. It is time to organise class power beyond the frustrating procedures of parliamentary and trade union politics! 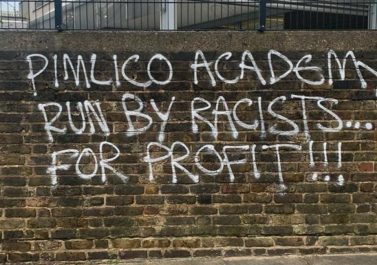 An interview on the Pimlico Spring

This time last year, Pimlico Academy in central London made national headlines when students, staff and parents kicked off about a reactionary shift… 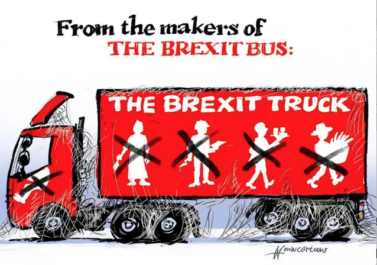 (This is a discussion paper presented at the AngryWorkers gathering in Sheffield. Short minutes of the discussion after the text) These snap-shots will… 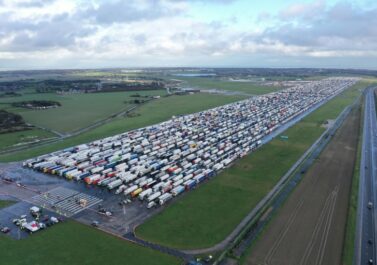 The UK has been hard hit by the Covid crisis, both in economic and human terms. When we started writing this article in…